Fundamentally, a unit of Goods represent a quantity of a certain type of natural resource, manufactured good or intangible service and come attached with a price tag. This price varies both in base (a single unit of Tanks is pricier than a single unit of Fabric) and in actual market value, as the prices of Goods change depending on supply and demand.

A selection of goods that are bought and sold in the British Market. 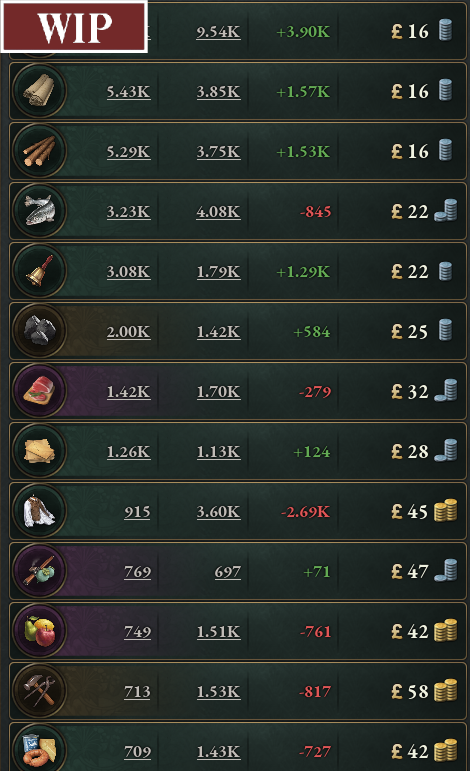 Staple Goods are everyday goods that Pops need to live, such as food to eat, wood to heat their homes, and clothes to wear. Staple Goods tend to be purchased in vast quantities by poor and middle class pops, with richer pops generally eschewing them for luxury variants.

Grain – possibly the most Staple of all Staple Goods! 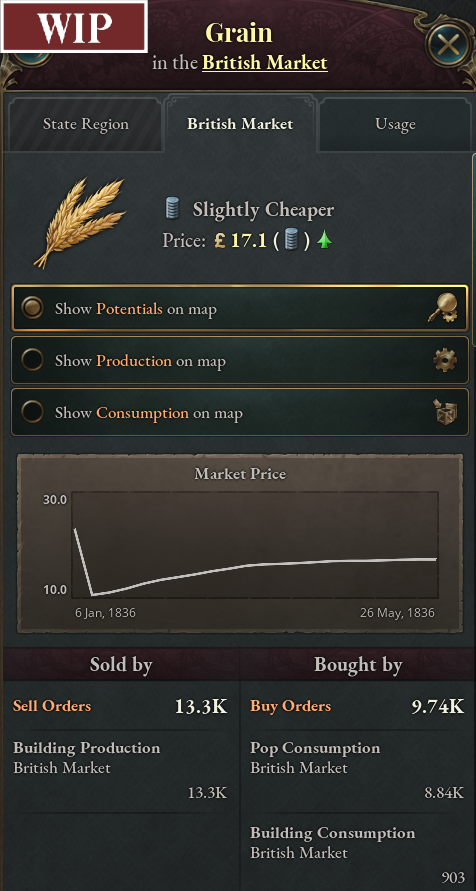 Luxury Goods are the things that Pops do not necessarily need but definitely want, such as fine foods, luxury drinks like Tea and Coffee, or fine clothes made from Chinese silk. Luxuries tend to be more profitable to produce than Staple Goods, but depend on having a customer base with money – a poor factory worker isn’t going to be buying a whole lot of mahogany cabinets.

You can never have too many painted Ming vases, I always say. 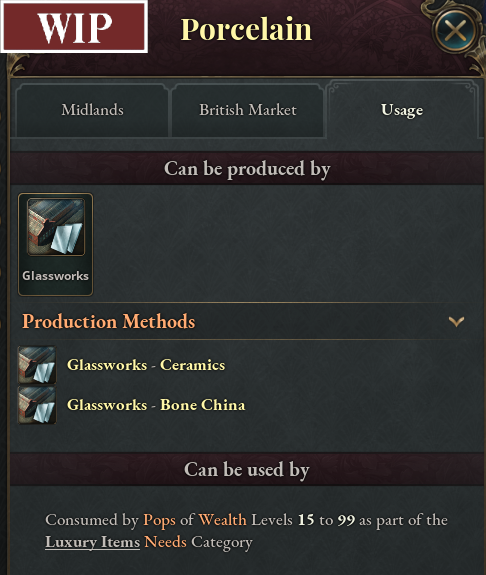 Industrial Goods are goods such as Iron, Coal, Rubber and Lead whose main purpose is often to be converted into other, more profitable goods. Securing a steady supply of vital Industrial Goods is crucial to Industrialization and growing the GDP of your country.

Tools are essential to the operation of many industries. 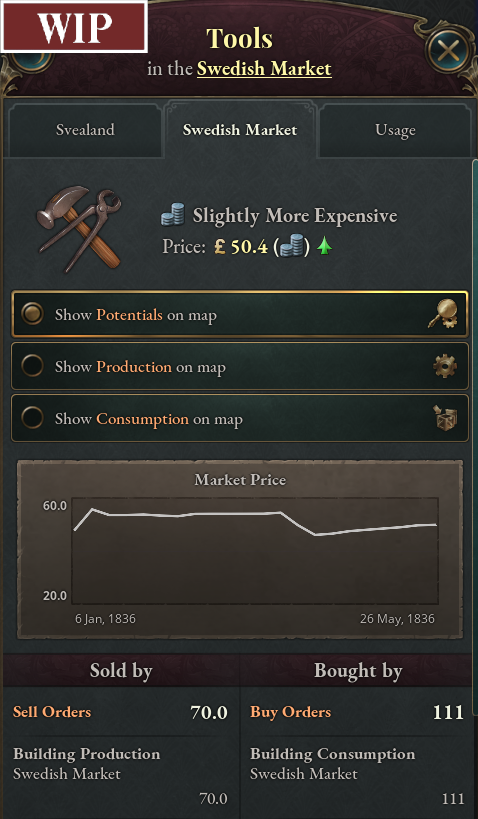 Military Goods are goods such as Small Arms, Ammunition and Warships that are used by military buildings to arm and supply the armies and navies of the 19th century nations. The more technologically advanced the army or navy, the more complex (and expensive!) Military Goods they will need.

I’m told that soldiers tend to perform better if they’re given ammunition for their guns. 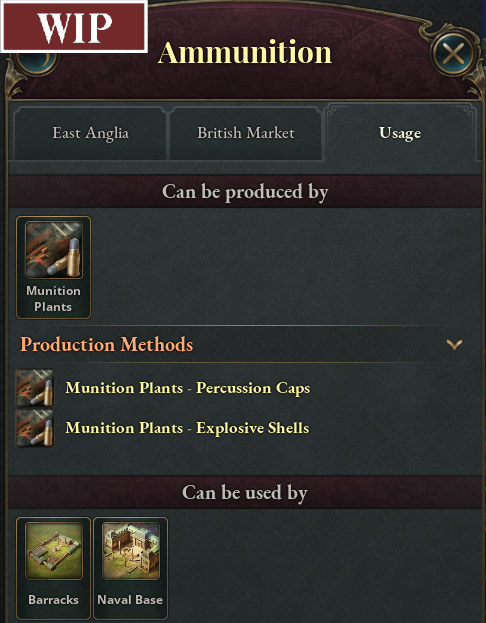 We’ll be returning to the topic of Goods in later dev diaries when discussing related mechanics such as Markets, Pop Needs, Goods Substitution and Cultural Obsessions… but for now, I bid you adieu for a while, as next week Mikael will provide you with a dev diary about something we’ve been teasing for some time now – Production Methods!