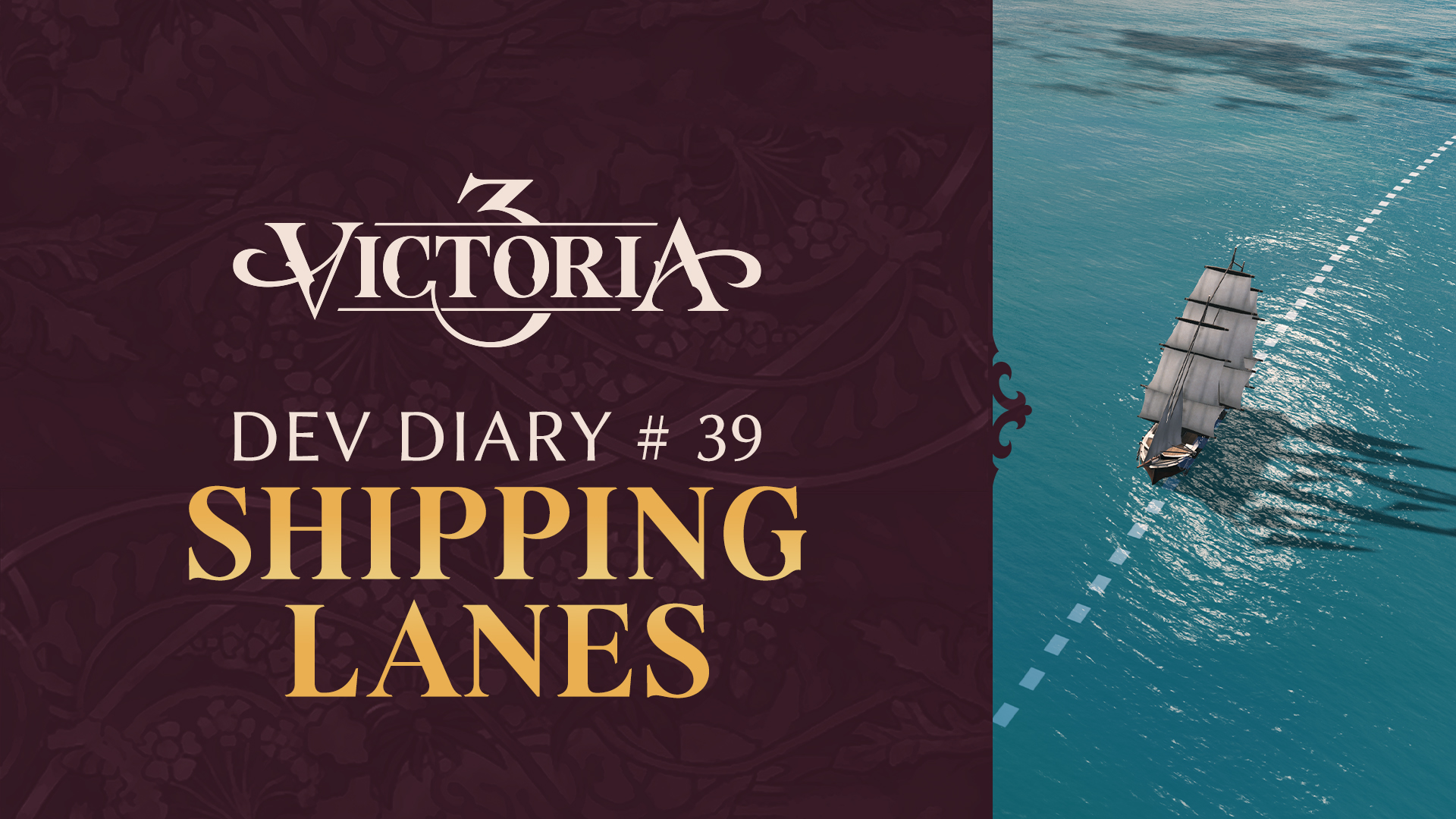 Ave and welcome to another Dev Diary! I am Johan (No, the other Johan) a tech lead on Victoria 3 and today I will be talking about Shipping Lanes. It is an interesting addition to maritime empires in that there is now a cost to overseas possessions and sending a military expedition halfway across the globe is no longer as straightforward as in some older Paradox titles.

But first we have to talk about Convoys which are an essential part in maintaining shipping lanes. They are produced from Ports, a government building which requires Clippers (or their era-equivalents) and possibly other goods.

Each country has a set number of required convoys and not having enough will incur penalties on all shipping lanes. This may for example occur due to an overstretched colonial empire or hostile convoy raiders.

Ports also fulfill an important role in connecting your overseas territories but more on that later.

“Aha! I told you the Clipper factory was a good investment!” 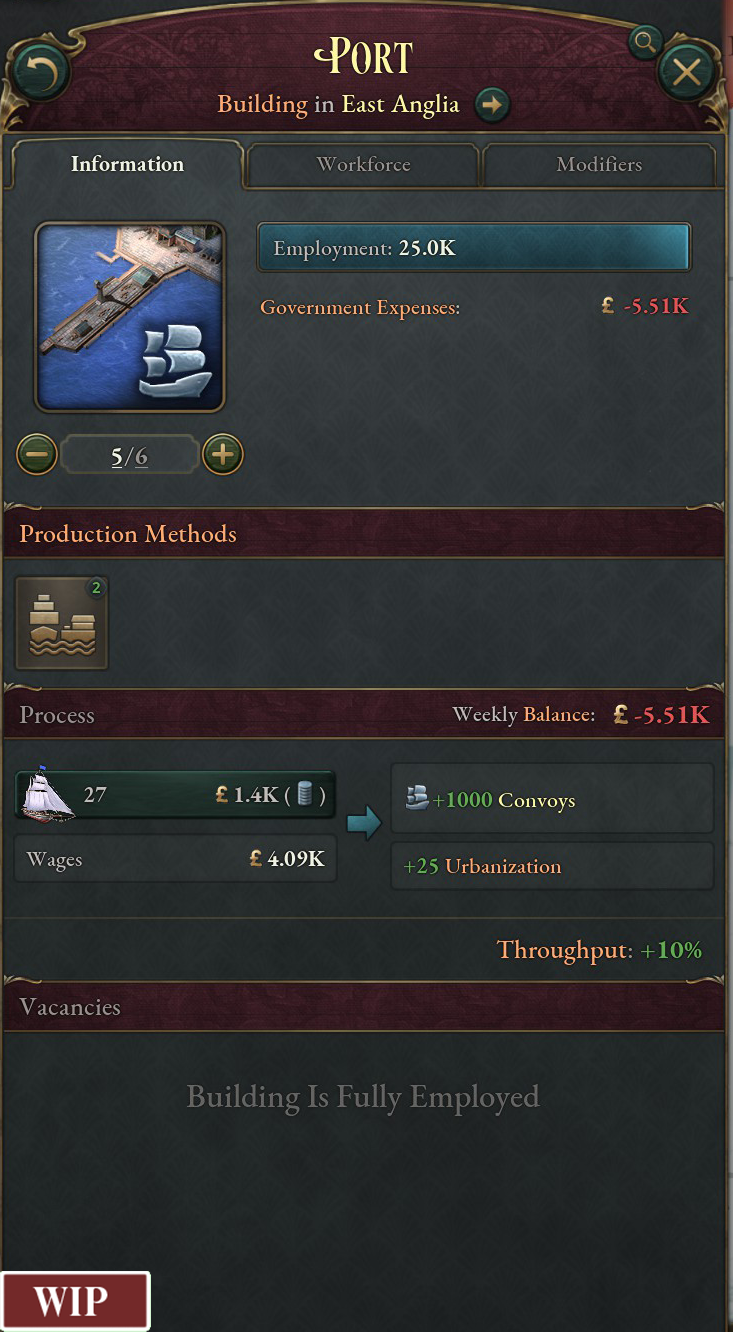 Each shipping lane must have its own origin and destination port. Once established it will span across a number of sea nodes and have its own individual cost in convoys which adds up to the country’s total convoy requirement.

It also tracks its own Effectiveness score which is based on the overall Supply Network strength (more on that later) and may be reduced by any local convoy damage done along the route.

While India provides Great Britain numerous benefits such as raw materials and population it is clear that the Crown Jewel of the British Empire is by no means cheap. A massive civilian and military naval industry is required to maintain it and keep it safe and thus it is by no means obvious whether such overseas possessions are always worth it.

Note that UI and values are very much WIP. 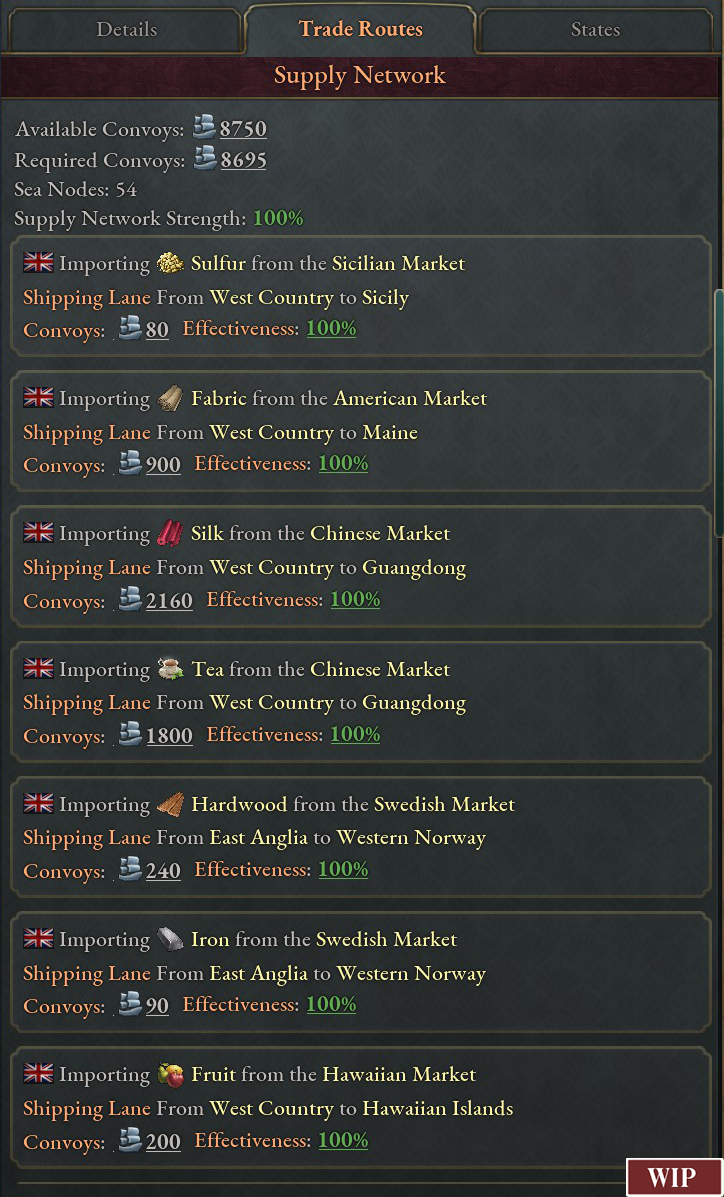 Trade Routes between two markets which do not share a common land border must be done overseas and will necessitate a shipping lane. Land adjacency is determined from where the two market capitals are located.

It will use the two closest ports in the respective market capitals region. If either country lacks ports no overseas trade routes can be established.

Supply Routes are required when a general is sent to a front that is not reachable by land. It will use a friendly port connected by land to the generals headquarters and trace to the closest friendly port reachable from the front.

The convoy cost is based on the number of sea nodes, battalions supplied and any general traits. Low effectiveness reduces supply status of the general and his troops. If a front is landlocked no generals can be sent there.

Supplying troops over great distances is quite an enterprise. Rather than sending an expeditionary force from England all the way around the Cape to reach India perhaps Britain should consider building a standing army using either colonial settlers or locals?

This must be done for every state within the market including foreign ones. Rather than a single state having its own shipping lane a group of adjacent overseas states can form a cluster with a single exit port to the market capital – such as Bombay in the case of British India.

This assumes such a port exists however. If the connection is severed from either end then the overseas states cannot access the market and thus forms its own isolated enclave. Likewise if the shipping lane effectiveness is strained it will lower the accessibility of goods to and from the overseas states. Reflect back on previous dev diaries and consider the cascading consequences that were to occur if a maritime empire reliant on its overseas possessions were to suddenly lose control of its shipping lanes.

It is the market owner which must establish and pay for the port connections to all overseas market states. To somewhat compensate for this its subjects must share a portion of their convoys with their overlord. Subjects are still required to pay for their own trade and supply routes however.

The convoy cost of a port connection is influenced by the number of sea nodes and the overseas infrastructure usage. By extracting your raw materials from overseas colonial plantations and mines, while the high-Infrastructure manufacturing industries producing finished goods are located near the market capital, you can keep your Port Connection cost down – though at the expense of the development and wealth of your colonies.

Connecting India to the British market means it has to go all the way around the Cape to reach the British Isles which significantly impacts costs. But what if Britain somehow managed to discover a shortcut?

And lastly when combining all the shipping lanes of a country we get its overall Supply Network. As outlined early on we derive its Strength score from the costs of all individual shipping lanes compared to the country’s total supply.

That is all for today! Hope you enjoyed this dev diary and in the words of Admiral John Fischer you may sleep easy in your beds.  In next week’s Dev Diary, Daniel will be back to tell us about how the Opium Wars are represented in the game.