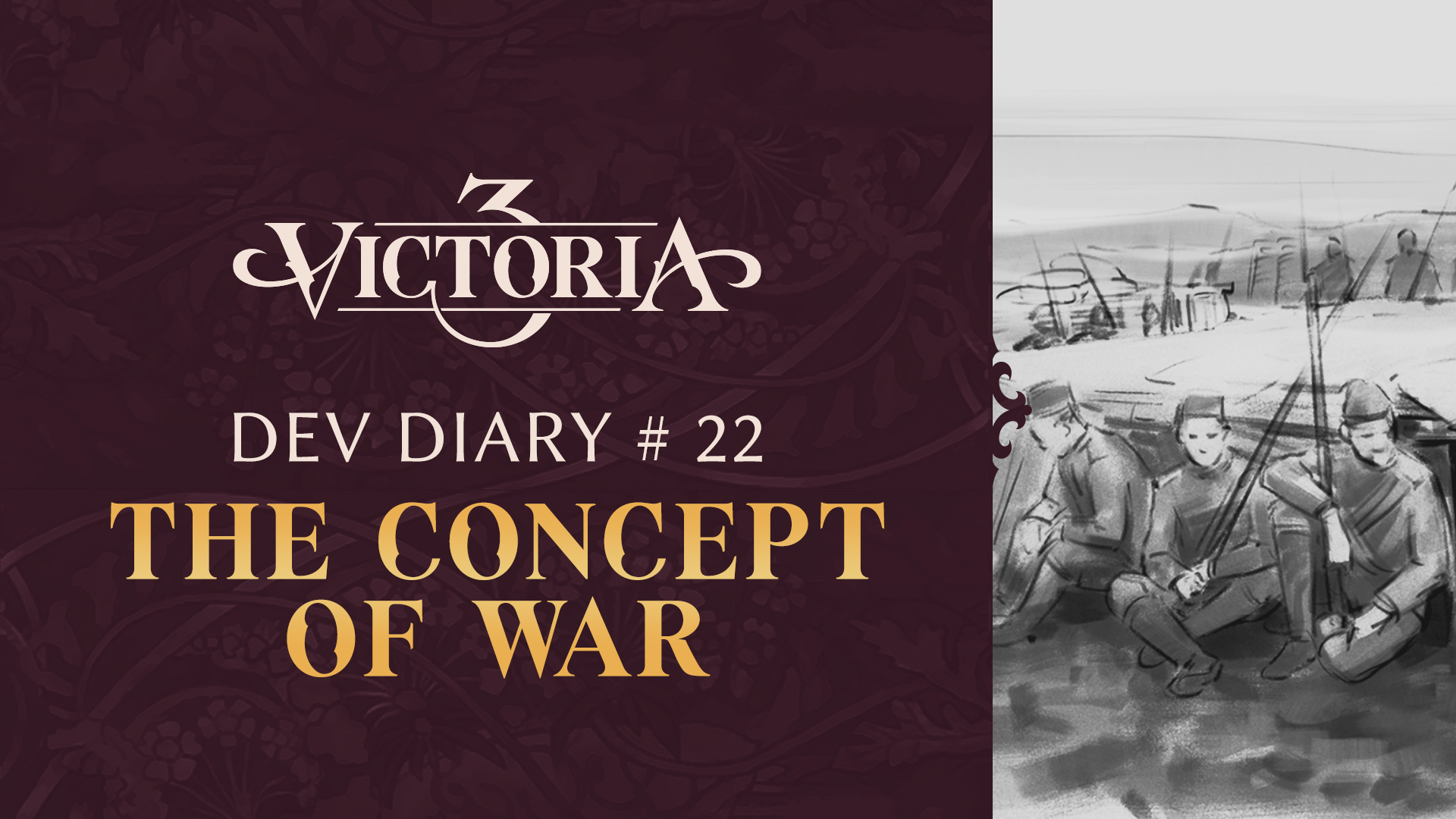 Hello and welcome to another Victoria 3 development diary! Today’s dev diary has been a hotly anticipated one, as we’re finally ready to start talking about war and combat and how they will work in Victoria 3.

So then, how does war and combat work? The answer is that we’ve taken a pretty different approach to warfare and combat in Victoria 3 compared to other Paradox Grand Strategy Games, and in this dev diary I’ll be going over the overall vision that governs our design for warfare, with the actual nitty-gritty on the mechanics coming over the next few weeks. Just as Victoria 3 itself has a set of design pillars that all game mechanics follow (as outlined in the very first diary), Warfare in Victoria 3 has its own design pillars, which we will now explain in turn.

The first pillar is one that is shared with the vision of the game as a whole: War is a Continuation of Diplomacy – anything you can gain through war should also be possible to gain through diplomacy. As we’ve already talked about this multiple times in the past, and last week’s dev diary told you all about Diplomatic Plays, we don’t feel the need to go into this again, but it’s still important to keep in mind to understand our approach to warfare. 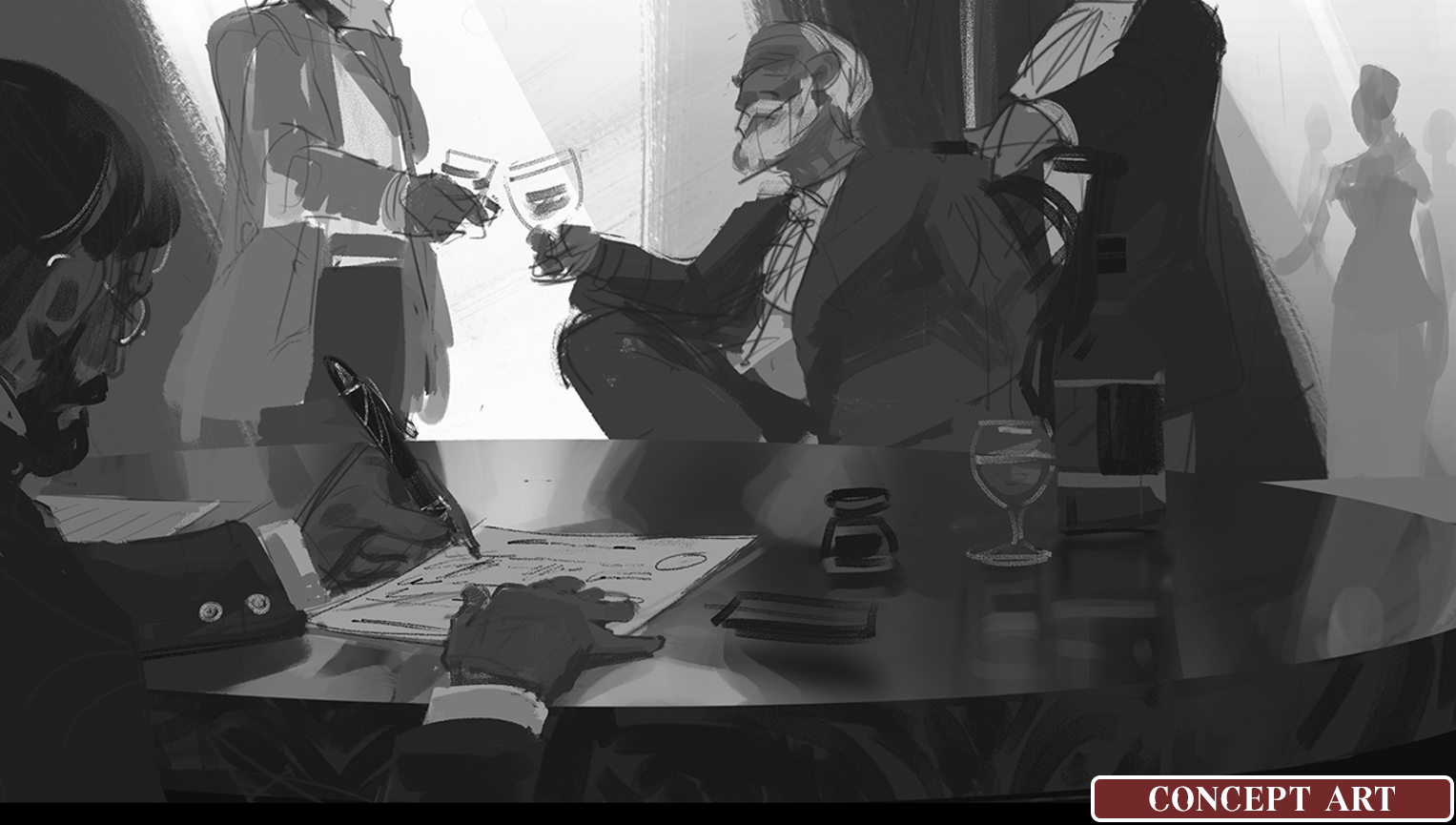 The second pillar, War is Strategic, is exactly what it sounds like. In Victoria 3, all decisions you make regarding warfare are on the strategic level, not the tactical. What this means is that you do not move units directly on the map, or make decisions about which exact units should be initiating battle where. Instead of being unit-in-province-based, warfare in Victoria 3 is focused on supplying and allocating troops to frontlines between you and your enemies. The decisions you make during war are about matters such as what front you send your generals to and what overall strategy they should be following there. If this sounds like a radical departure from the norm in Paradox GSGs, that’s because it is, and I’ll be talking more about the rationale at the end of this dev diary. 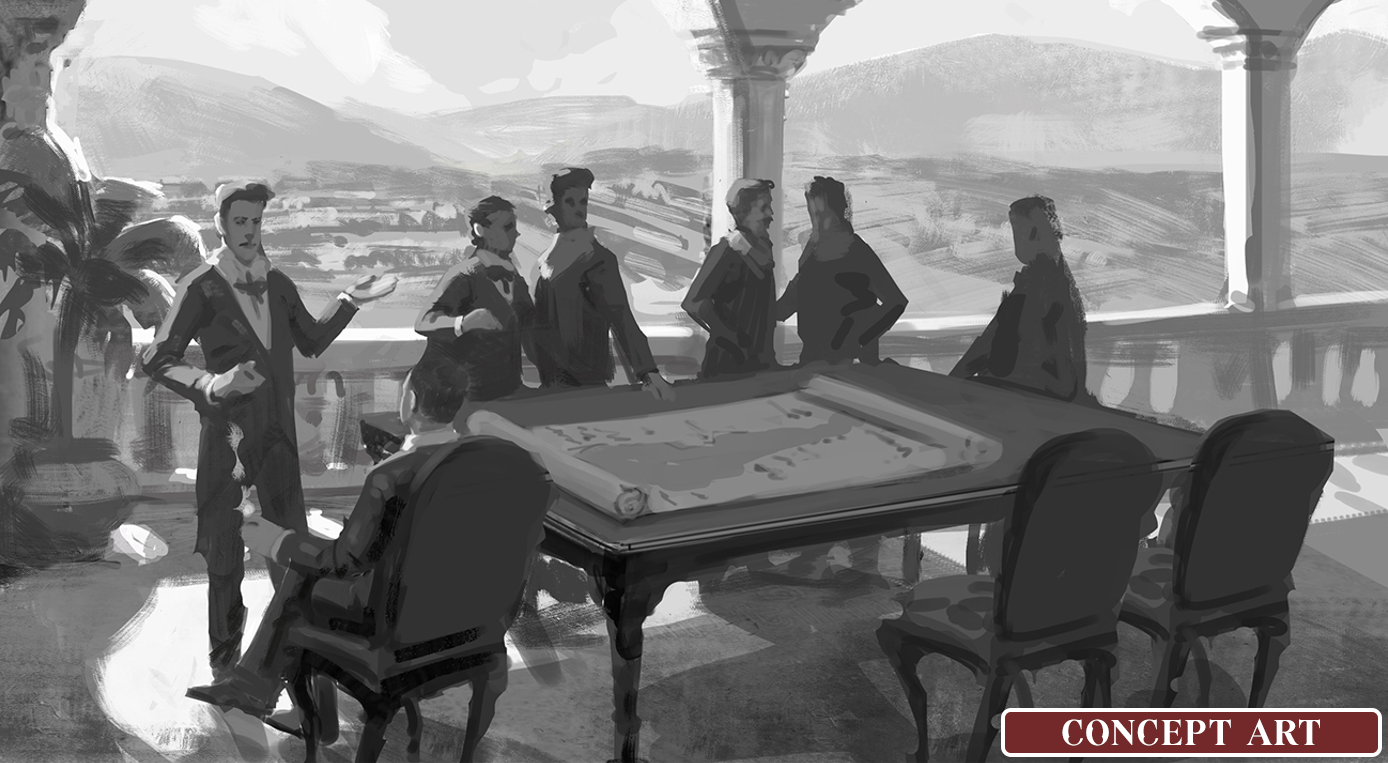 The third pillar, War is Costly, is all about the cost of war – political, economic and humanitarian. There is no such thing as a bloodless war in Victoria 3, as just the act of mobilizing your army will immediately start accruing casualties from accident and disease (as these were and remain the biggest killers of men during war, not battles) in addition to being an immense financial burden for your country. The soldiers and conscripts who die during war leave behind children and widows, and may even become dependents themselves as a result of injuries sustained during your quest for national glory. 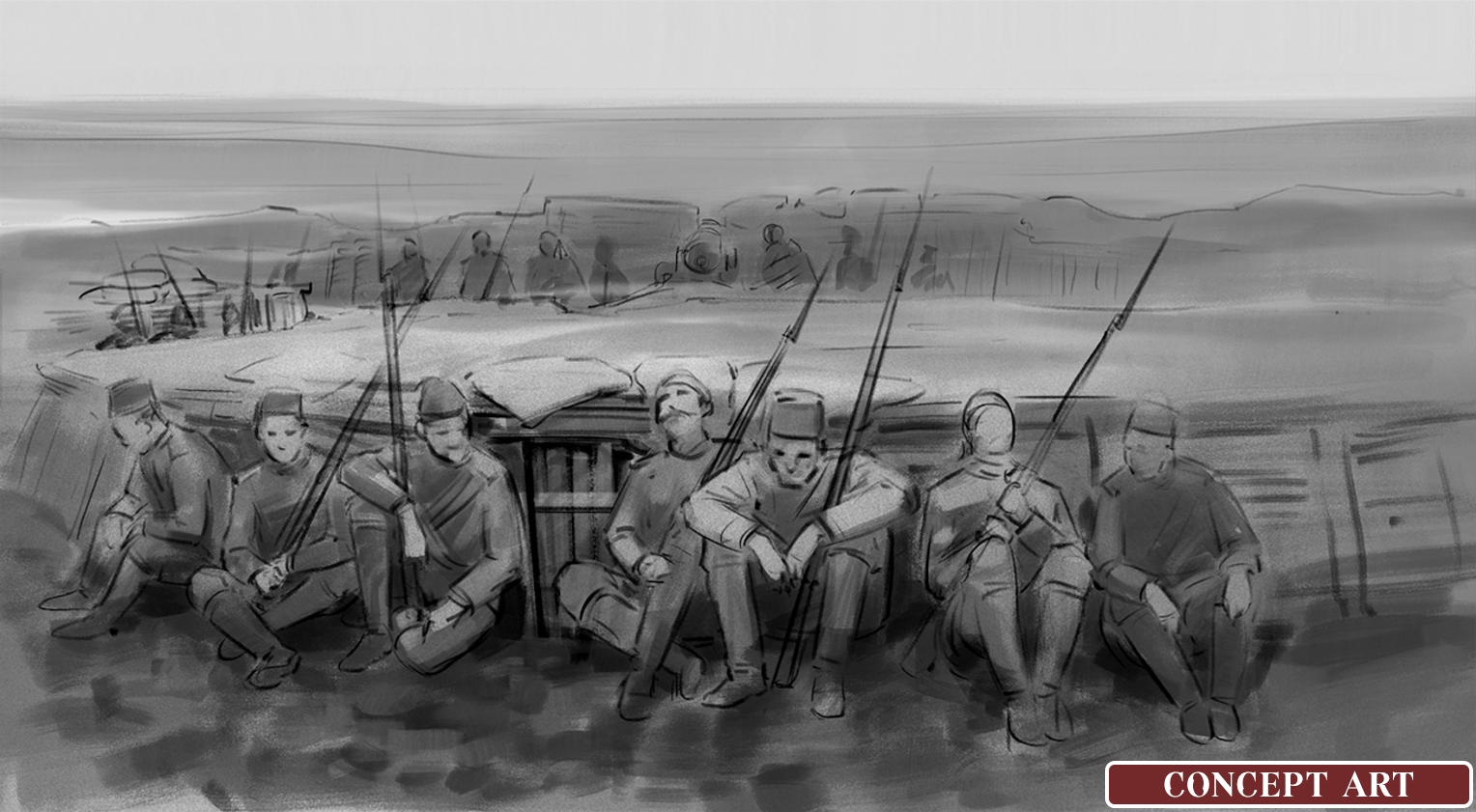 The fourth pillar, Preparation is Key, ties heavily into the second and third pillars. Much of the strategic decision making in Victoria 3 that will let you win wars are all about how well prepared you are. For example: Have you promoted the most competent generals, or were you forced to promote an incompetent wastrel for political expedience? Have you invested in the best (but very costly) rifles for your soldiers, or are you forced to fight at a technological disadvantage? During the Diplomatic Play preceding the war, did you mobilize all your armies in time and eat the costs in men and materiel, or did you hold off hoping on a peaceful resolution, or at least for the conflict to end up as a limited war? Did you choose to build and subsidize an arms industry large enough to cover your wartime needs, or is your army reliant on import of weapons that may be vulnerable to enemy shipping disruptions? These are the sort of questions that can decide who has the true advantage when going into an armed conflict in Victoria 3.

The fifth pillar, Navies Matter, is an ambition of ours that for many countries, navies should feel just as important (and in some cases more important) as armies. In addition to supporting or hindering overseas expeditions (by, for example, cutting off enemy supply lines), navies play a crucial role in waging economic warfare, as a country whose economy (or even worse, military goods supply) depends on trade will be vulnerable to the actions of hostile navies. 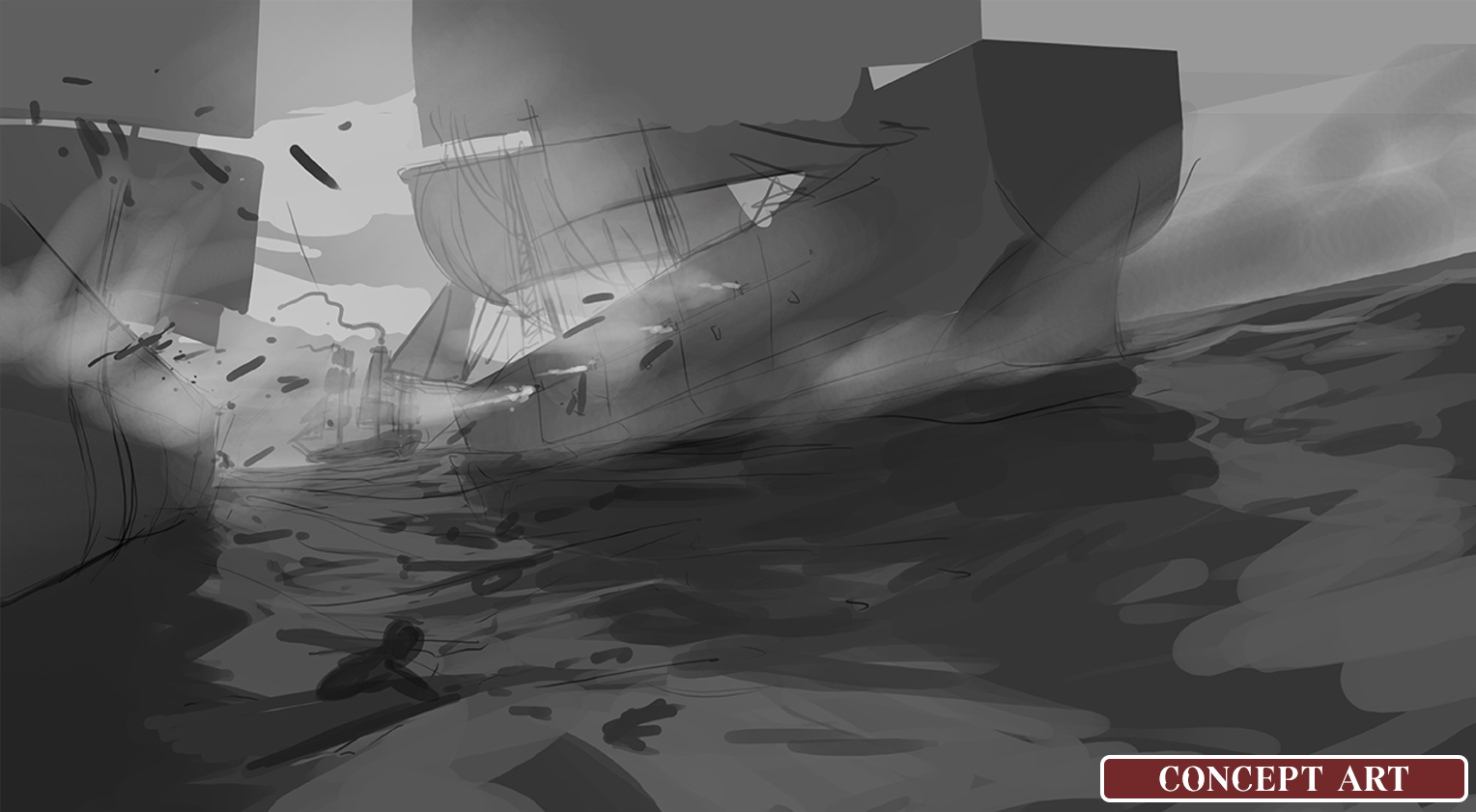 The sixth and final pillar, War Changes, is all about the technological advances of the 19th century and the way that warfare changed from the maneuvering of post-napoleonic armies to the meat grinder that was World War One. Our ambition is for these changes to be felt in the gameplay of Victoria 3, as technologies such as the machine gun makes warfare an ever bloodier and costlier affair while advancements in naval technology makes it easier for countries with advanced navies to project global power. 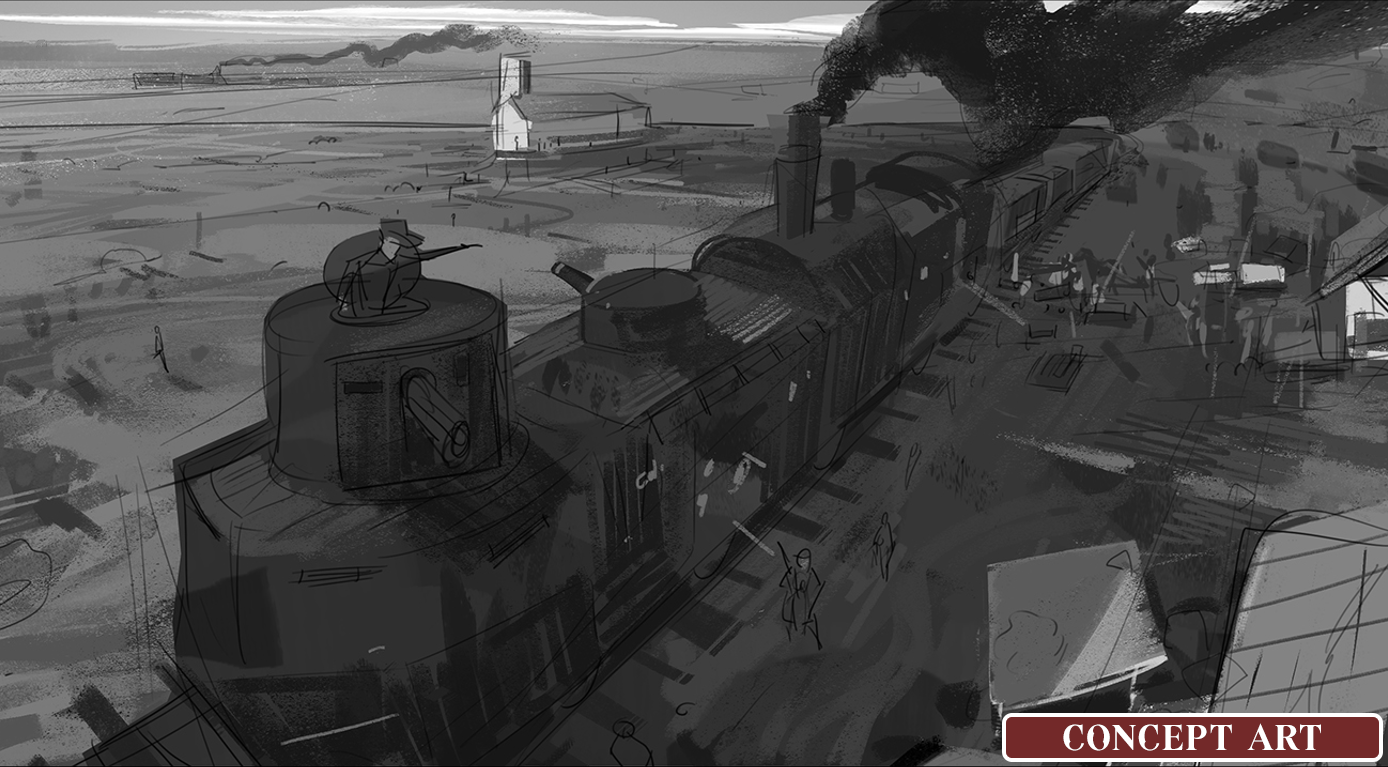 Before I end this dev diary, I want to talk briefly about our most radical departure from other Paradox GSGs – the absence of units you move on the map, and why we chose to go in this direction. The main reason is simply that Victoria 3 is a game primarily focused on Economy, Diplomacy and Politics and we felt a more strategic approach to warfare mechanics fits the game better than micro-intensive tactical maneuvering.

It’s important to note that how this works differs completely from having AI-controlled units in our other GSGs, since in Victoria 3 armies you assign armies to fronts rather than provinces (navies of course work differently, but more on that later). We’ll be getting into the exact details of the mechanics for both armies and navies in the coming weeks.

We of course still want Victoria 3 to have interesting and meaningful warfare mechanics, but we want the player to be engaging on a higher level of decision-making, making decisions about the overall war strategy and just how much they’re willing to sacrifice to achieve their goals rather than deciding which exact battalions should be battling it out in which exact province next.

This also ties into the general costliness of wars and the fact that you can achieve your ends through diplomacy – we want the ways in which an outmatched Victoria 3 player triumphs over their enemies to be clever diplomacy, well-planned logistics and rational strategic thinking rather than brilliant generalship. Ultimately, we’ve taken this approach to warfare for the same reason we take any game design decision: because we believe that it will make Victoria 3 a better game.

With that said, we’re done for today! We’ll of course be talking much more about warfare in the future, starting with next week’s dev diary on the topic of Fronts and Generals.